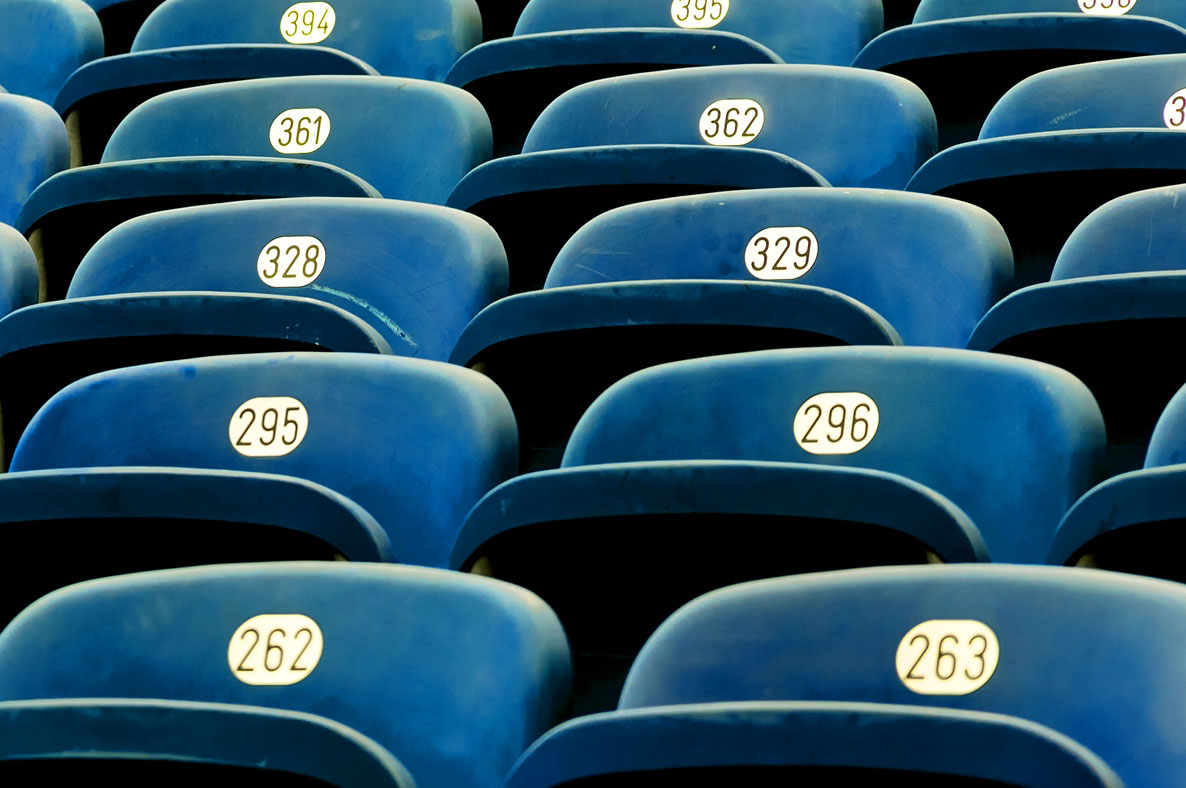 Don’t strike out swinging for the fences.

Outfielder Ty Cobb, whose career ended in 1928, had the highest batting average in Major League Baseball (MLB) history, batting .366 over 24 seasons. His consistency, not his power, over the long term defined his success and legacy as one of the best MLB players of all time.

Often in strong rising markets, investors become myopic chasing performance in the highest-performing strategies believing recent events will persist long into the future. After a long-secular rise in small cap stocks, strategic investors need to consider the importance of both risk-adjusted returns and consistency, which tend to be underappreciated in the volatility-prone small cap asset class. 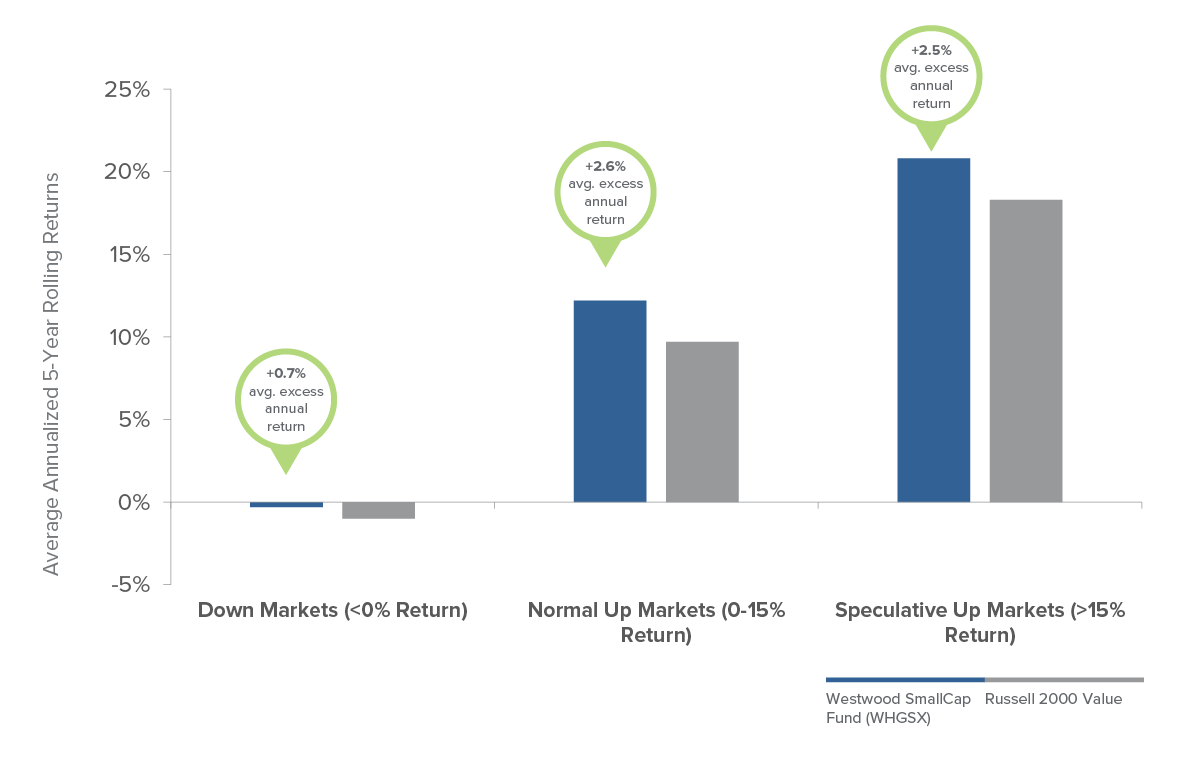 WHGSX Inception: 4/2/2007. Data Set: 7/1/2007 – 12/31/18 (Quarterly) Performance for WHGSX as of 9/30/18 is as follows: 11.35% one year period, 11.49% five year period, 11.45% ten year period, 8.71% since inception. The performance quoted represents past performance. Past performance is not indicative of future results. The investment return and principal value of an investment will fluctuate so that an investor’s shares, when redeemed, may be worth more or less than their original cost and current performance may be lower or higher than the performance quoted. For performance data current to the most recent month end, please call 1.877.FUND.WHG. Performance shown assumes reinvestment of dividends and capital gains and is net of investment management fees. Rolling 5-year returns graph calculated using quarterly data. The five-year period was chosen as a proxy for a typical market cycle. Market environment returns reflect an average of the 5-year annualized returns within each market environment category.

Out performance across multiple market periods 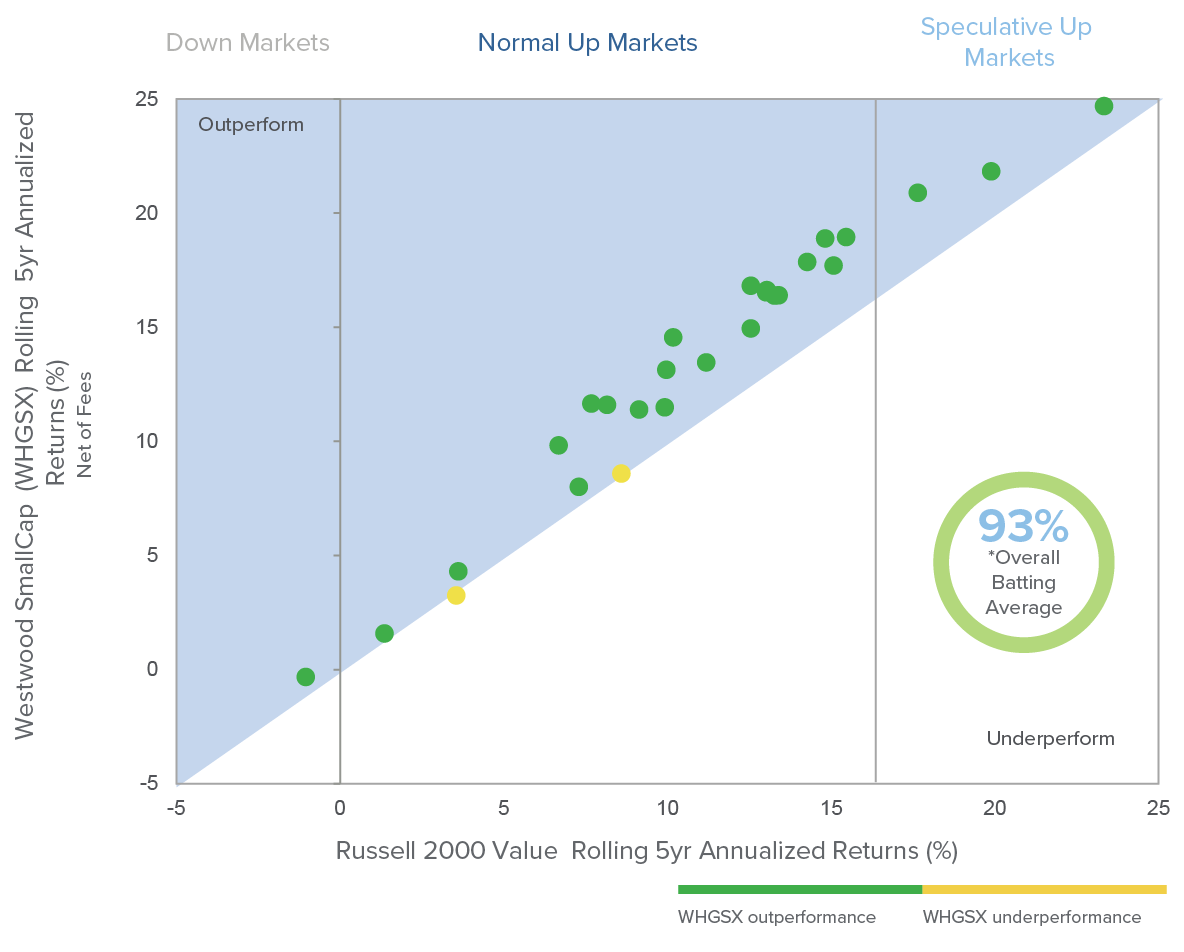 *Overall batting average reflects the percentage of rolling 5-year periods in which Westwood SmallCap outperformed the Russell 2000 Value Index on a net of fees basis.

Inception :  April 2, 2007.  Data Set:  July 1, 2007 – December 31, 2018 (Quarterly).  The performance quoted represents past performance. Past performance is not indicative of future results.  Performance shown assumes reinvestment of dividends and capital gains and is net of investment management fees.  Please see next page for full performance disclosure for the SmallCap strategy. Rolling 5-year returns graph calculated using quarterly data. The five year period was chosen as a proxy for a typical market cycle. Market environment returns reflect an average of the 5-year annualized returns within each market environment category. *Overall batting average reflects the percentage of rolling 5-year periods in which Westwood SmallCap outperformed the Russell 2000 Value Index on a net of fees basis.

As of 12/31/2018, overall Morningstar rating against 652 funds in the Small Blend category based on risk-adjusted returns

A high-quality approach to small cap investing could be a way for investors to strategically allocate to the asset class in an attempt to improve consistency over the long term.

© 2018 Morningstar, Inc. All Rights Reserved. The information contained herein: (1) is proprietary to Morningstar; (2) may not be copied or distributed; and (3) is not warranted to be accurate, complete or timely. Neither Morningstar nor its content providers are responsible for any damages or losses arising from any use of this information. Past performance is no guarantee of future results.

The Morningstar RatingTM for funds, or “star rating”, is calculated for managed products (including mutual funds, variable annuity and variable life subaccounts, exchange-traded funds, closed-end funds, and separate accounts) with at least a three-year history. Exchange-traded funds and open-ended mutual funds are considered a single population for comparative purposes. It is calculated based on a Morningstar Risk-Adjusted Return measure that accounts for variation in a managed product’s monthly excess performance, placing more emphasis on downward variations and rewarding consistent performance. The Morningstar Rating does not include any adjustment for sales loads. The top 10% of products in each product category receive 5 stars, the next 22.5% receive 4 stars, the next 35% receive 3 stars, the next 22.5% receive 2 stars, and the bottom 10% receive 1 star. The Overall Morningstar Rating for a managed product is derived from a weighted average of the performance figures associated with its three-, five-, and 10-year (if applicable) Morningstar Rating metrics. The weights are: 100% three-year rating for 36-59 months of total returns, 60% five-year rating/40% three-year rating for 60-119 months of total returns, and 50% 10-year rating/30% five year rating/20% three-year rating for 120 or more months of total returns. While the 10-year overall star rating formula seems to give the most weight to the 10-year period, the most recent three-year period actually has the greatest impact because it is included in all three rating periods. As of 9/30/2018: WHGSX was rated against the following numbers of Small Blend funds over the following time periods: 652 funds in the last three years, 539 funds in the last five year and 388 in the last 10 years. With respect to these Small Blend funds, WHGSX received a Morningstar Rating of 4, 4 and 4 stars, for the three-, five- and ten- year periods, respectively.

The Westwood SmallCap Fund is distributed by SEI Investments Distribution Co., which is not affliated with the Advisor. Mutual fund investing involves risk, including possible loss of principal. There can be no assurance that the Fund will achieve its stated objectives. There are specific risks inherent in small cap investing such as greater share price volatility as compared to other funds that invest in stocks of companies with larger and potentially more stable market capitalizations.

Risk-Managed Income that May Help You Go Further in Retirement

The Tide is Turning on Bonds. Rates are Rising. Inflation is Rising. Learn more...

Equity market volatility is back. Learn how Westwood’s bottom-up, multi-asset approach may improve...

WHGIX has rewarded investors during periods of rising interest ra...

Can Your Multi-Asset Fund Do The Same?

The Westwood Funds are distributed by SEI Investments Distribution Co. (SIDCO). SIDCO is not affiliated with Westwood Holdings Group, Inc. or any other affiliate. SIDCO is located at 1 Freedom Valley Drive, Oaks PA 19456.