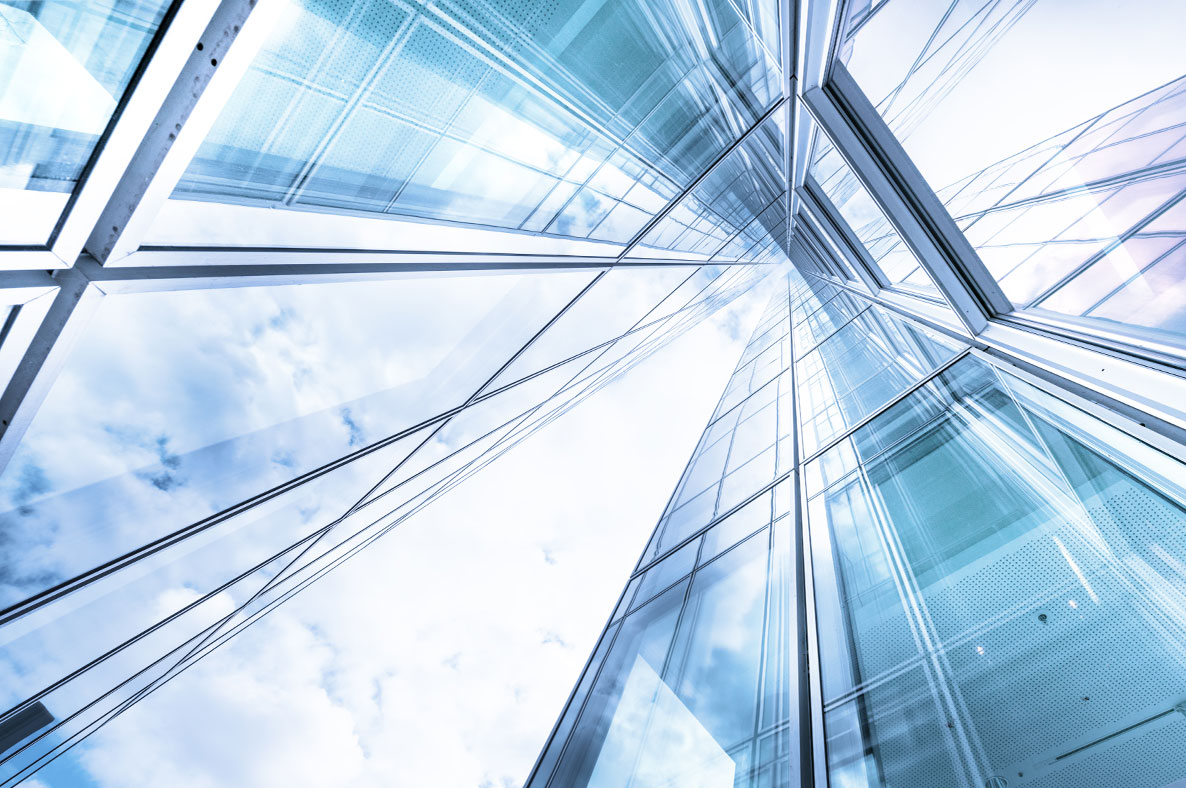 Global markets have made up significant ground since their lows back in March, even with the turbulence as the third quarter came to an end. The S&P 500 has turned positive for the year once more, recovering all the losses suffered during the sell-off, and making a new all-time high along with the Nasdaq on Sept. 2.

Current estimates suggest corporate profits could return or exceed 2019 levels by the end of 2021, a remarkable and record-setting recovery relative to history. Small cap stocks have continued to struggle as have more value-oriented strategies. The market has maintained its preference for higher growth and larger companies amid the uncertainty. The performance differential between value and growth has surpassed prior extremes, with many calling for a reversal of fortunes for underloved and overlooked values in the coming year. Global equity markets, both developed and emerging, have recovered but remain negative for 2020 with just three months left in the year.

In the fixed income arena, interest rates remained steady at their historically low level. Mortgage rates dipped below 4% for the first time, helping individual borrowers and fueling even more strength in the housing market. Similarly, debt markets remain open for corporate borrowers as credit spreads continue to tighten further on optimism regarding the recovery. However, notable headwinds persist for small and medium-sized businesses, both public and private, as the disruptions from the pandemic take a toll on their finances. As firms work through various states of reopening and resurgent case numbers in their local areas, these headwinds ultimately slow the resumption of more normal activity and raise the concerns over future financial distress. 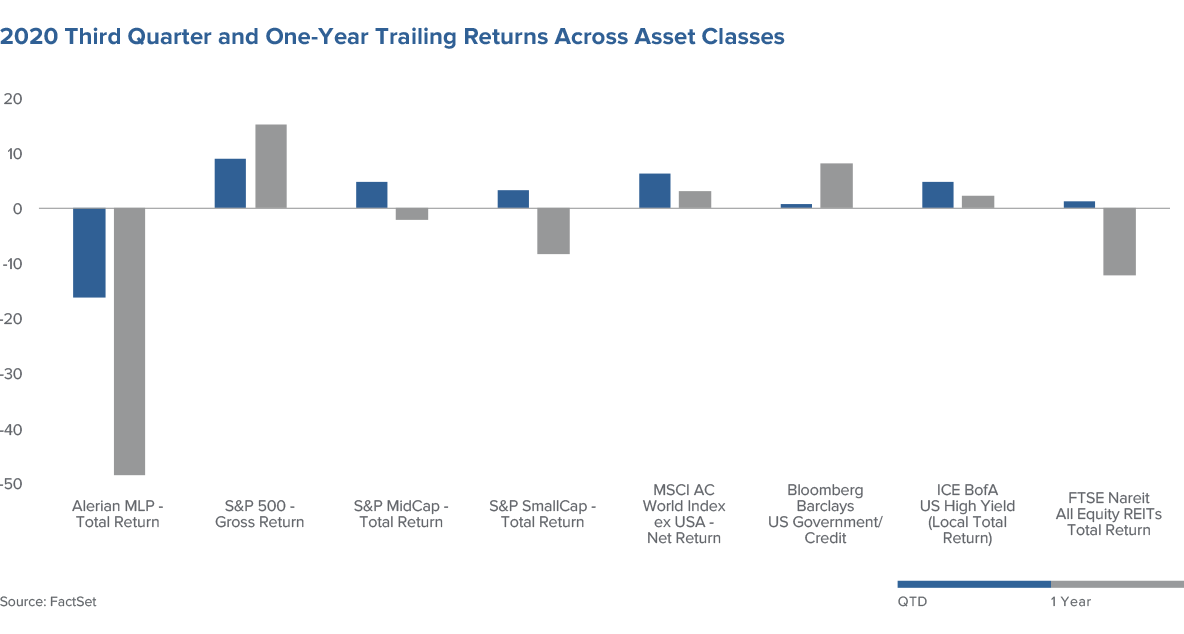 Record levels of stimulus, monetary and fiscal, have helped support both economic activity and risk-assets; however, there appears little chance for additional fiscal stimulus given the discord currently in Washington. The passing of the “Notorious R.B.G.,” the late Justice Ruth Bader Ginsburg, has created new controversy regarding nominating her replacement for the Supreme Court and with election rhetoric heating up. As November draws near, there appears little hope in reconciling the two sides for additional fiscal stimulus in the near term. Without such aid, questions linger regarding the health of the consumer — a key driver for the economic recovery. Unemployment has been reduced by nearly half to 8%, with more than 10 million jobs created or resumed since the peak in May. Unfortunately, temporary furloughs have started becoming permanent job losses as reality of the struggle to reopen parts of the economy set in, which may reverse the positive trend.

Recall that here at Westwood, we utilize diverse scenarios to help guide our investment decisions for our clients’ portfolios. This serves both to provide an introspective analysis for what has occurred and to set a vision of the potential tailwinds and headwinds that may unfold in the coming year.

While we typically set these scenarios twice a year, sometimes market events dictate revisiting them on a more frequent basis. 2020 would certainly qualify as such a year, given the unprecedented impact of COVID-19 and the political and monetary response around the world. Our operative scenario has an updated title — “Brave New World” — as more positive developments have emerged regarding the response by both companies and consumers.

Initial concerns over whether a recovery would be possible have given way to questions regarding the pace and trajectory of it in the coming years. The fiscal response by global governments is unprecedented, with many of the G20 countries having provided more than 5% of their annual GDP in stimulus packages, including Japan with the largest package at 21% of their GDP and the U.S. at 13%. This should provide some offset to the consumption void created by the earlier contraction in economic activity in response to the pandemic.

In conjunction with fiscal stimulus, hyper-accommodative global central bank support likely keeps short-term rates depressed for the intermediate future. While not unexpected, the recent shift in Federal Reserve policy toward a flexible average inflation targeting framework along with their forward “guidance” via their dot plot make their intentions even more explicit. They intend to provide highly supportive monetary policy for the next several years according to their current forecasts.

On Our Book-Ended Scenarios…

Asking “what ifs” could be considered even more dangerous in 2020, given the number of unanticipated developments. However, pushing our intellectual flexibility to consider alternative outcomes, we largely see a similar set of potential scenarios as before. Further fiscal stimulus could emerge, even with the partisan divide in Washington, to help support and enhance the recovery already underway during this contentious election period. Additionally, therapeutics for treating COVID-19 could join progress on a potential vaccine to help raise confidence meaningfully for consumers and businesses to resume more normal activities, and thus, restarting the virtuous cycle of economic activity. Contrasting that, the complete opposite could occur.

Uncertain or contested election results, no additional fiscal stimulus passed, and delays with COVID-19 treatment and prevention would set back the recovery in a meaningful way. The progress made reverses, kicking off the vicious cycle of lower confidence and spending by consumers as unemployment moves back higher with more temporary furloughs becoming permanent job losses.

We remain vigilantly focused on protecting client capital during these periods of uncertainty and volatility. We strive to achieve this by investing in high-quality businesses to weather any disruptive storm.

What’s Next… Digging Out From “Snowmageddon”

Beyond the Money | Planning to Retire? Tips for a Smooth Transiti...

Many of us set goals each new year, only to become frustrated and self-critical...