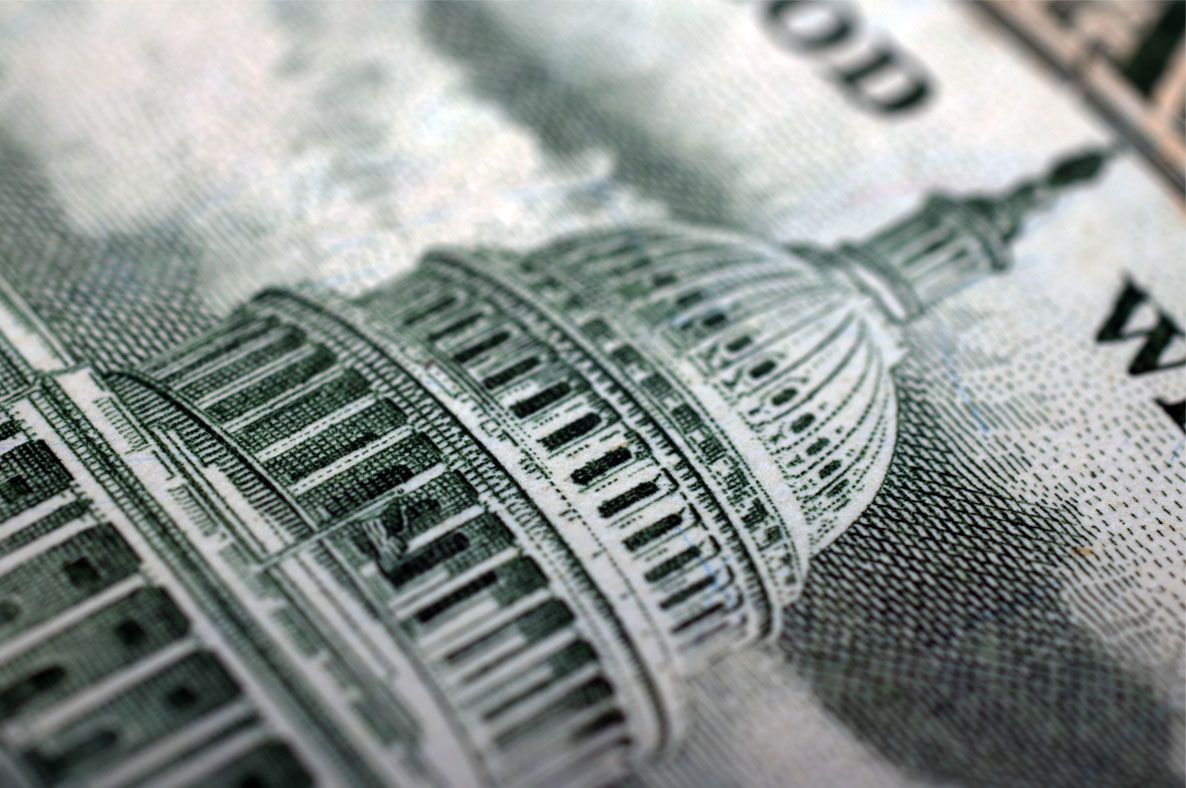 Elections, especially ones that can change both the executive and legislative branches, often lead to heightened volatility conditions that are, at least in part, associated with a broad, immediate (often dramatic) emotional response to the outcome. These charged reactions can occur even if new policies take months or even years to effect, or are even not fully known. This year’s election is certainly a contentious one and unquestionably polarizing for many at a social and emotional level. By stripping away our natural impassioned response and focusing on the potential fundamental changes, and the timing of those changes, investors can best position themselves for any outcome.

Our social filter bubbles (think Facebook, Google, social circles) can lead us to believe strongly about a specific conclusion without realizing all the facts or ramifications of that belief. Emotionally driven triggers can certainly work in our favor, but it’s best to have supporting objective data to firm up our subjective ideas. Markets can also react to elections in largely surprising ways as well. We witnessed this firsthand in 2016 when markets rose following the election of President Donald Trump even as there were strong predictions of a decline in the unexpected outcome of a Trump presidency.

We enter this year’s election facing an unprecedented pandemic that has certainly shaken the global economic landscape. That said, the broad outlook is a near term resilient market with remaining upside opportunity for selection. Longer term, it will be important to evaluate the policy landscape after the election result is known and adjust strategy accordingly.

One of Trump’s first major policy changes post-election was to cut both individual and corporate tax rates to stimulate economic growth. This election, the administration would be looking to extend the Tax Cuts and Jobs Act and is even exploring the idea of cutting the payroll tax. From a taxation perspective, a continuation of the Trump presidency would support consumer spending and growth as both would likely retain a higher share of earnings.

Democratic presidential nominee Biden has criticized the 2017 tax cuts as overly generous to corporations, and overly bias towards more wealthy Americans. His platform includes a promise to reverse some of those cuts by raising the marginal tax rate on the highest bracket (39.6% from currently 37%) and resetting the top corporate tax rate from currently 21% to 28%. While the impact to individuals may be limited to a narrow group of high-earners, the broader changes to other tax policies including capital gains taxes, may have negative market implications. Given the fact that a large number of American businesses are “retooling” to adjust to pandemic-related market conditions, the effects of a corporate tax hike could have a greater impact now compared to a more typical economic environment.

A pillar of the Trump administration’s policy has been focused on reducing the foreign trade imbalance (deficit) and reshoring manufacturing jobs that have been moving overseas for decades. While progress has been made, the trade war with China continues. A second term would allow the Trump administration to continue to push for trade relationship changes and metrics and could yield increasing positive domestic results as China realizes they have to deal with the administration for another four years.

Biden’s team is also domestically focused and has published a 10-year, $1.3 trillion, “made-in-America” infrastructure plan and he has pledged to spend significantly on American made products, giving 5 million more people a paycheck (by his statement). There is agreement across both platforms to be “tough on China,” but it is widely expected Biden would use tariffs less and multilateral policy more to try to achieve the goal of fair trade terms. Some investors are concerned that Biden would utilize tactics similar to former president Barack Obama, during which time China surpassed the U.S. as the world’s leading manufacturer, according to Indiana University’s Manufacturing Policy Initiative.

This is where the opposing views are the most extreme. The Trump administration has used executive orders to try to roll back portions of the Affordable Care Act (ACA) to promote greater competition by insurance companies across state lines. In the 2021 budget proposal, the administration has suggested allowing states greater flexibility in managing Medicaid payments.

Biden proposes bolstering the ACA but does not explicitly support a single-payer system. Some of these changes, especially those like tax policy that may have a direct and immediate effect on expected economic growth, are unlikely to be enacted immediately if we see a President Biden — even if we see a “Blue Sweep” of both the Senate and the Executive Branch controlled by Democrats.

This election, more than any in memory, has the potential for a delayed and contested outcome. President Trump has been clear in his distrust of the integrity of the U.S. voting system. The last time we had a delayed outcome was the five-week delay in results in the Bush/Gore election (remember the “hanging chads”?). We see some concern priced in here already and that would lead to a higher risk premium (and lower markets) on policy uncertainty. We also believe there’s a high probability of some delay in results. If a market drop is significant, that would be a potential near term investable opportunity, as we would expect a resolution, either through votes or courts, to reduce the risk premium once the uncertainty is removed.

Looking further forward, Democratic lawmakers are likely looking to eliminate the filibuster option. This would have significant effects in allowing large scale legislative changes to be made with very little attention paid to the objections of the minority. If the filibuster is eliminated, we would expect that as a medium-term negative — adding to heightening volatility and risk premium for markets — that may persist.

Both platforms would significantly increase the federal budget deficit and debt in the years ahead from already high levels, putting further pressure on the U.S. dollar. Given the potential for higher fiscal spending without the immediate tax policy changes, and not to forget (re) tightening regulation on banks and key sectors, we are likely to see a near term volatile market in a Democratic win outcome.

While near term we think a market could be resilient to a President Biden (currently anticipated) outcome, it could be a long-term negative from the impact of higher risks to equities, bonds and the U.S. dollar from large fiscal proposals. This may be in the future positively offset by lower policy uncertainty than what we have seen recently. A second term for President Trump is unexpected at this point — and with the unexpected comes market moves. We think elevated uncertainty impacts the markets — though banks and the traditional energy sector are set to benefit from policy most directly.

SMIDCAP Asset Class: For the Next Generation of Defined Contribut...

The long-term total return and alpha potential of the small cap asset class is...

Historically, various economic backdrops have been more or less favorable for the investment in...

Forging a New Path in Multi-Asset

In a world where it’s often easier to assimilate than forge a new...